Famous for its flamenco, tapas bars and orange trees, Seville is a fabulous short break destination. Stunning Moorish palaces, churches, museums, monuments and parks – Seville has it all! This compact city has a fascinating history and is easily explored on foot.

Here are my favourite things to see in Seville….

Built in 1220 as a defensive lookout, the reflection of Torre del Oro (the Golden Tower)  casts a golden glow on the Guadalquivir River below.  Seville owed much of its success in maritime trade to this navigable river, which offered ships more protection than a traditional European port. Treasures from the New World were unloaded at Torre del Oro, and today it houses a maritime museum, where visitors can enjoy views of the waterway and city from a rooftop viewing platform. 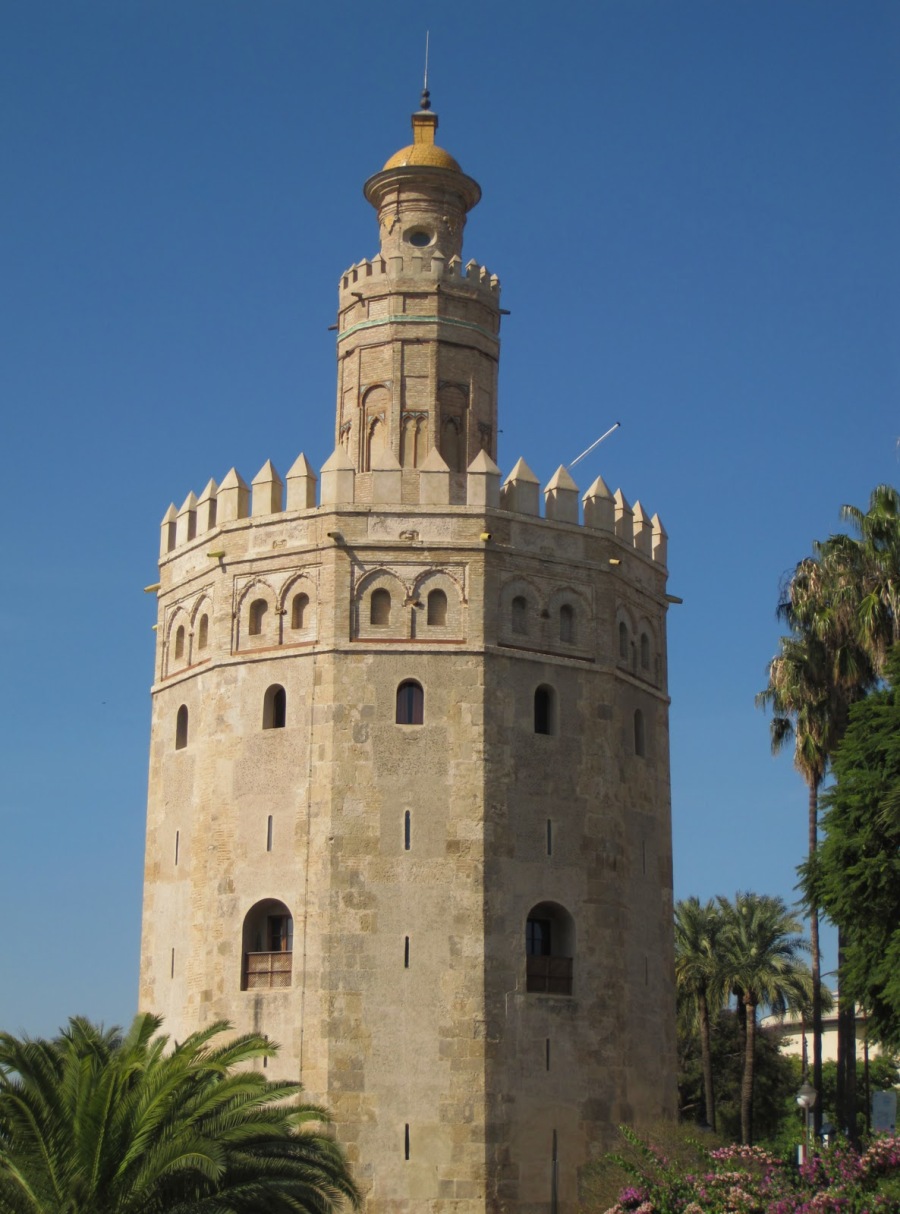 Originally a Moorish fort, the Alcázar of Seville (Spanish “Alcázares Reales de Sevilla”) is a royal palace that is one of the best remaining examples of mudéjar architecture. It is an exquisite place to visit, and it’s very easy to spend the whole day there…just gazing at the beautiful patios and halls, and relaxing in the gardens.

The Roman Catholic Cathedral of Saint Mary of the See, better known as Seville Cathedral, was built on the site of a grand Almohad Mosque to demonstrate Seville’s power and wealth after the Reconquista. It is the third largest church in Europe, and features an altarpiece depicting the life of Jesus that includes more than 1000 figures covered in gold leaf (the Retablo Mayor). Within the church’s transept lies the tomb of Christopher Columbus. 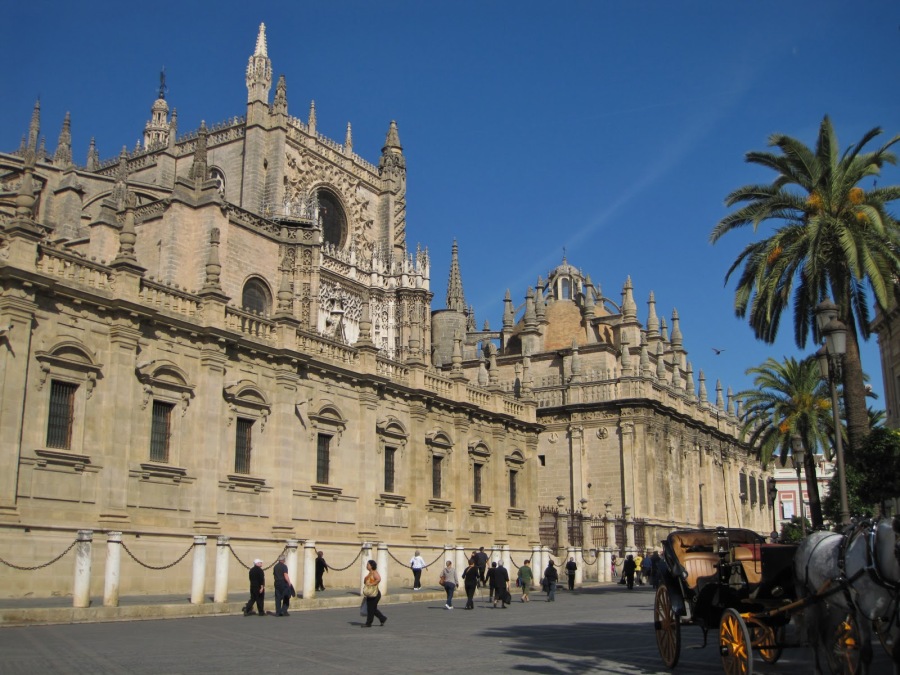 Renaissance in style, La Giralda – the bell tower of Seville Cathedral – is the only remaining structure of the 12th Century mosque torn down during the construction of the Seville Cathedral. The Moors built the minaret with a series of ramps so that guards could ride to the top on horseback. Today, these 35 ramps make it easy for visitors to ascend to the summit to enjoy panoramic views of the city below.

4 thoughts on “Top Sights in Seville”